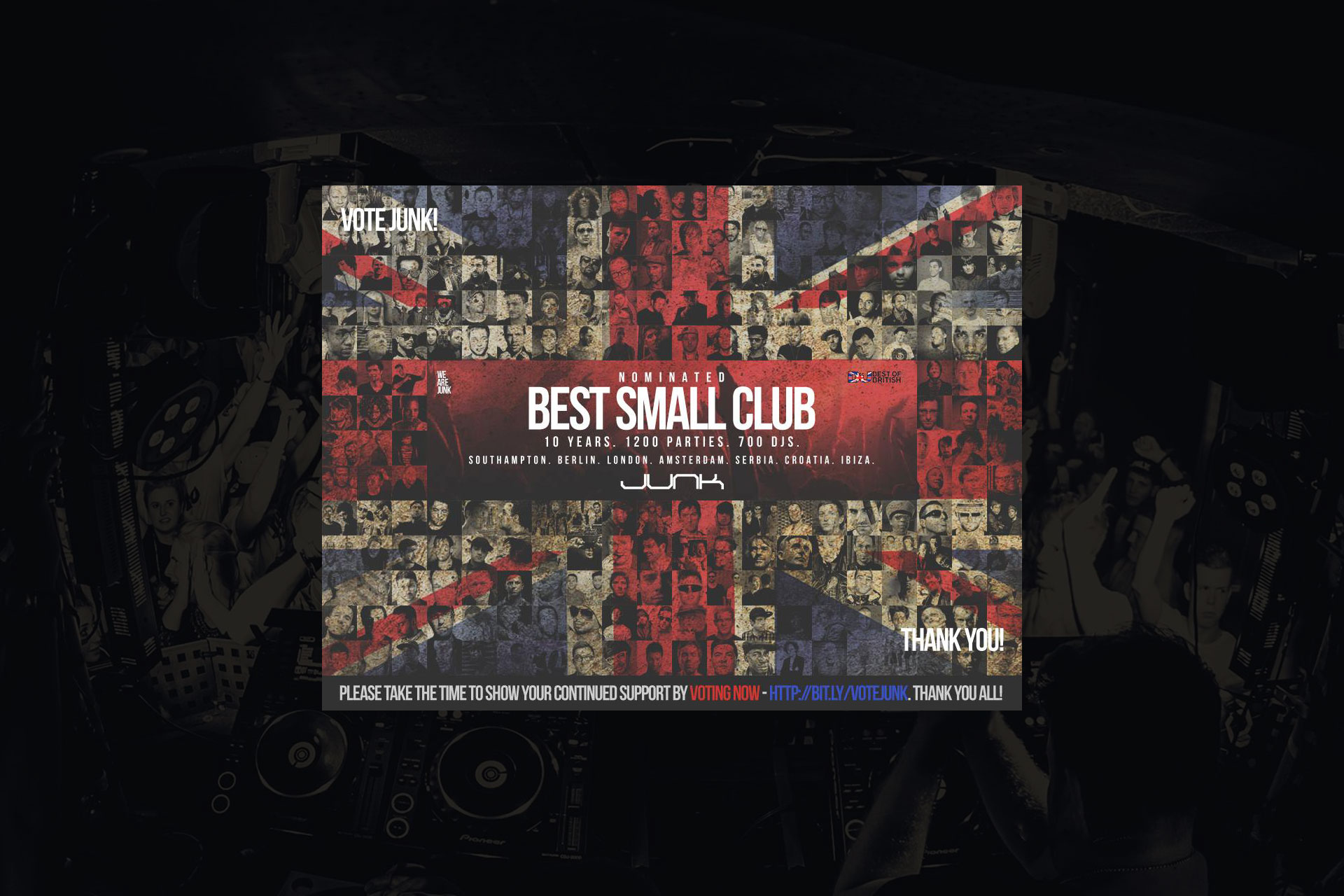 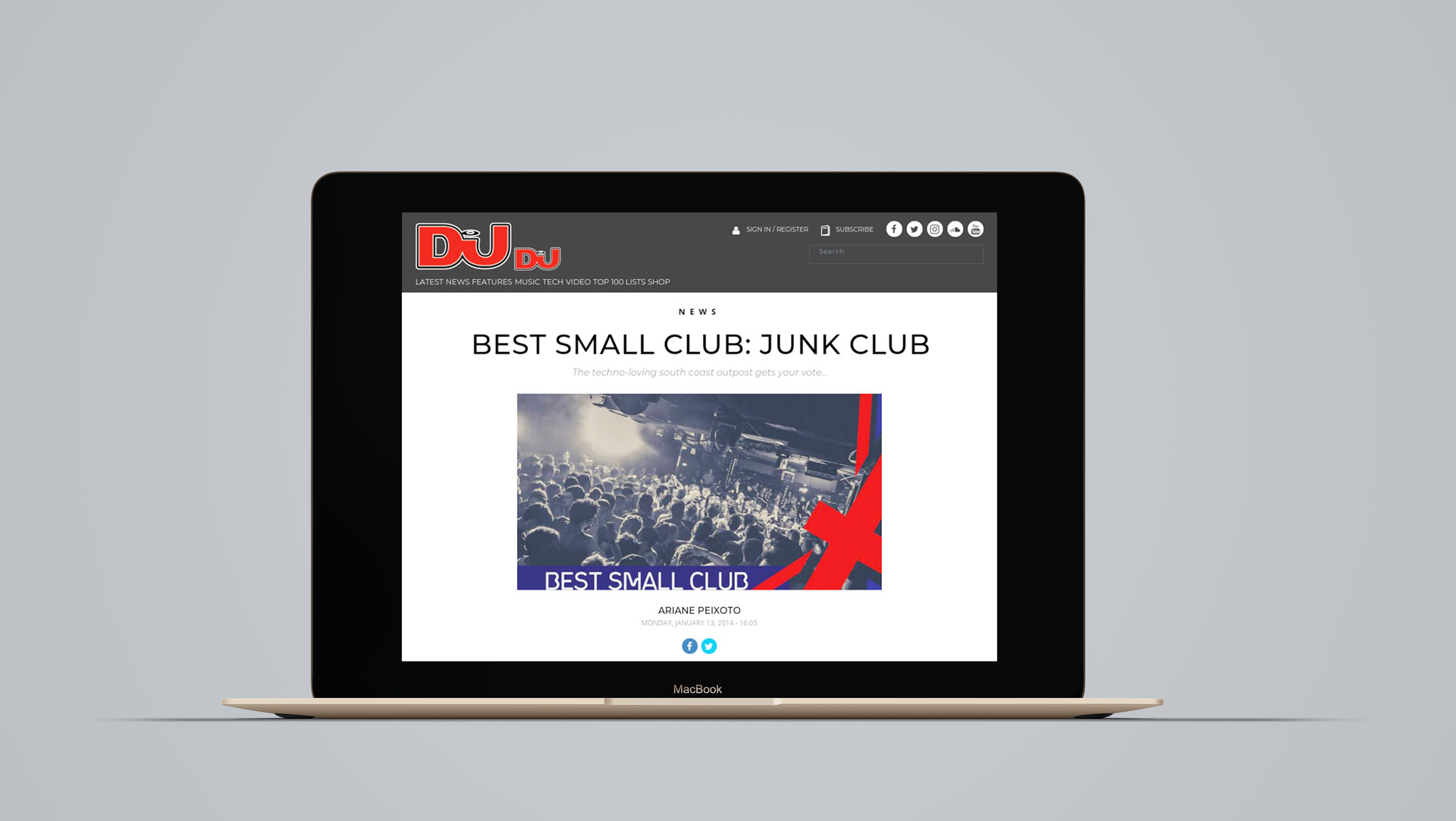 The world’s biggest dance music magazine runs the infamous “Best of British” awards every year; recognising the leaders in the nightlife industry and showering them with praise.

Climbing the ranks since first opening the doors in 2004, Junk deserved a shot at the “Best Small Club” (sub 1000 capacity) title after a year of touring Europe, playing host to some of the world’s biggest music label parties including Cocoon, Circo Loco, Watergate and welcoming artists such as Calvin Harris, Example and Lily Allen despite its modest 650 capacity. It was time to take the title – from 700 other possible winners.

To justify nomination by DJ Mag into the relevant competition category then design and execute a marketing campaign to raise awareness and proactively get fans and visitors to vote.

We get excited working with passionate individuals and teams on new ideas and projects. To book a brainstorm / chat about an idea or to discuss how LDOT can help you achieve your goals, get in touch.